That same report also found that only 434 first-year residents and fellows are specializing in dermatology. What’s more, a 2015 study conducted by Merritt Hawkins found that just 2% of surveyed final-year residents hope to practice independently. Based on these numbers, the already challenging task of succession planning will become even more difficult for dermatologists. 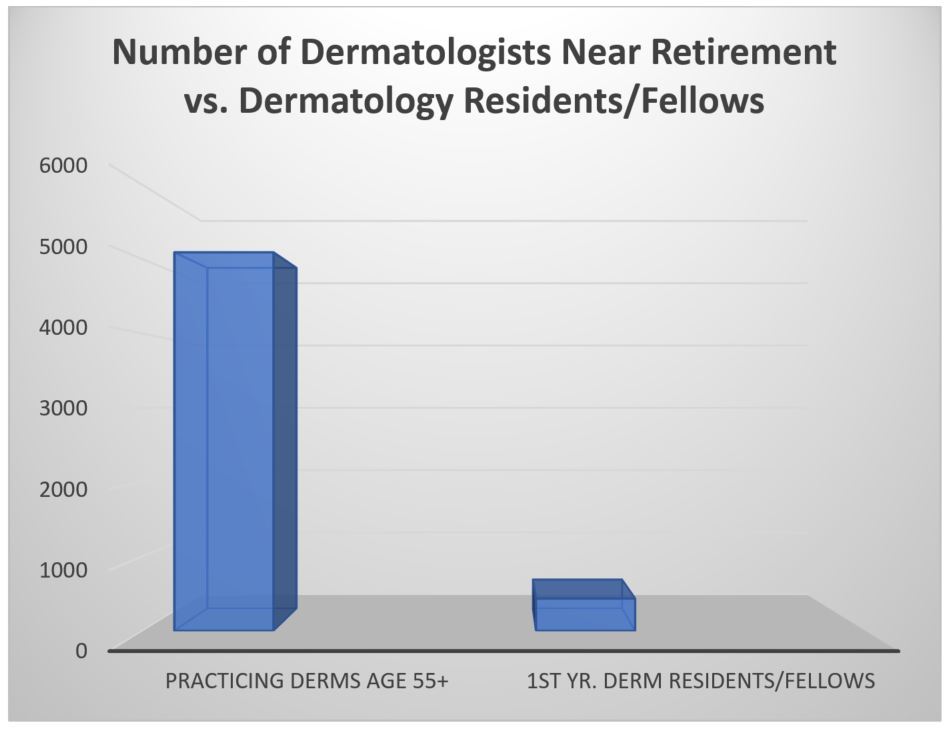 Traditionally, medical practice owners recruited a younger physician to buy them out upon retirement. However, fewer and fewer young doctors want to practice independently. Plus, young doctors typically cannot afford to pay fair market value for a successful practice. According to the American Medical Association, 85% of graduating physicians have student loan debt, with the average amount totaling $207,000.

Partnering with or fully selling to a larger, support-driven organization allows physicians to get fair market value out of the practice they’ve spent a career building. But, timing is everything. Succession planning experts recommend beginning the process 10 years in advance. For dermatologists, beginning the process sooner rather than later can positively impact the value of their practice.

Dermatology industry consolidation is still in the early stages. However, as the pace of consolidation increases, the value of smaller practices will decline. One reason is that commercial payors are narrowing their networks and favor working with larger groups. As an example, The Skin Surgery Center realized a 7% reimbursement increase with the market’s largest payor after affiliating with QualDerm. This increased negotiating power was the result of being part of a larger provider network.

Few physicians nearing the end of their careers are willing to invest the money and time that is necessary to grow a practice. Partnering gives these physicians the opportunity to significantly increase their practices’ equity value.

In North Carolina, QualDerm provided the capital and management support to grow a practice from 3 facilities to 11, and add 21 new providers. There are also plans to add several more facilities in 2017. As illustrated in the chart below, this growth resulted in a projected revenue increase of $16.5M in just three years. 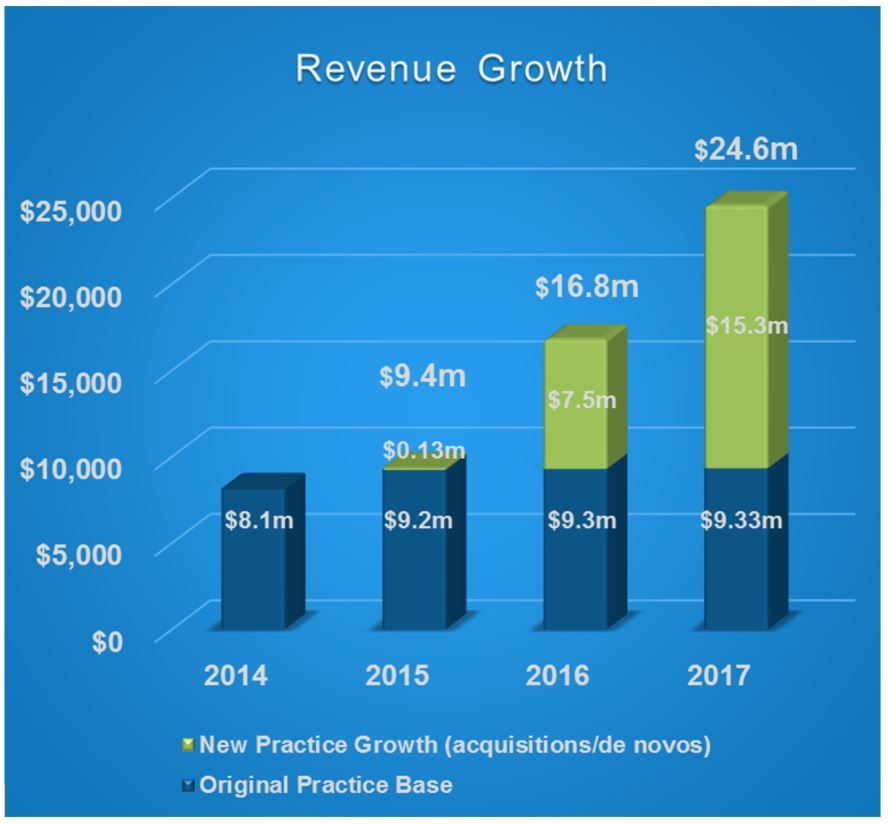 Contact QualDerm to discuss succession planning for your practice.